This blog post will delve into another structural design problem that was solved with Scan&Solve.  A CNC plasma cutter was designed and a question arose regarding the end plates supporting the CNC gantry:  are the end plates stiff enough to resist the inertial forces from the cutter?  For CNC machinery, limiting deflection is critical as it ensures quick and accurate machining. 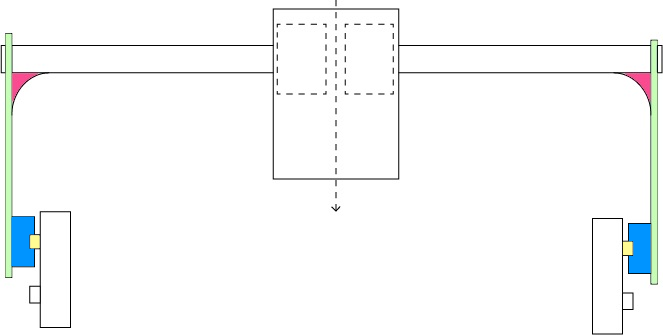 The CNC plasma cutter will accelerate along the gantry (horizontal axis in the image above) as it cuts the part.  The acceleration produces an inertial force, causing bending in the vertical end plate (shown in green) which supports the gantry.  Linear guides (blue) secure the end plate to a rail (yellow), giving the cutter its second axis of motion. 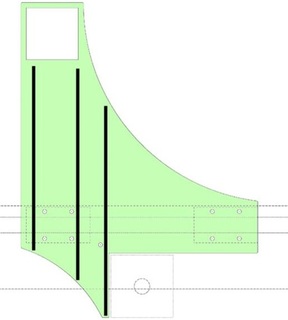 To efficiently analyze this system, it can be broken down into smaller sections near the area of interest.  In this case, the entire gantry did not need to be modeled to understand the bending of the end plate.  Only part of the gantry near the plate was modeled in Rhino. As long as the gantry does not significantly bend under the applied load, the length of the gantry to model does not need to be increased. 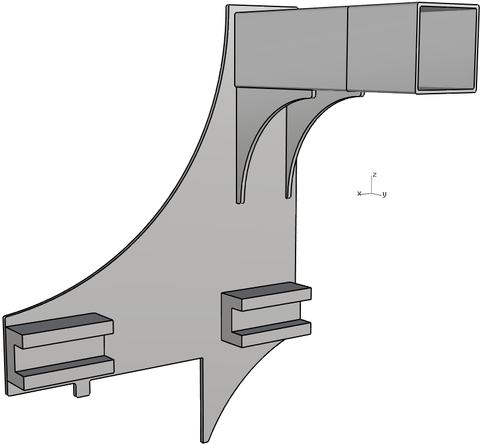 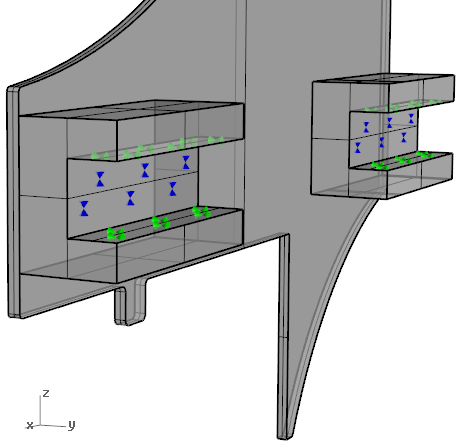 However, there is an issue with modeling the rail as a zero-displacement restraint.  Since the rail and guides are both made of steel, the rail is equally stiff as the guides and will also deform under stress.  However, as long as the displacements of the guides remain small relative to the bending of the plate, the contributions of the rail deflection can be neglected.

The end face of the gantry beam was also restrained to limit its ability to bend in a direction that would not likely occur if the full gantry were modeled.  The loaded face was restrained so it would remain in its original orientation, but would be allowed to move in the Y-direction.  The end of the beam was similarly restrained in the X-direction to also keep the beam straight.  These restraints are shown below. 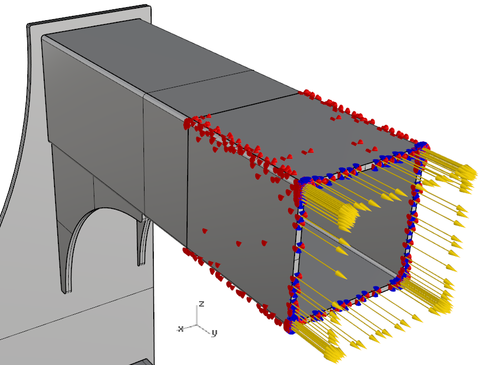 The following image shows the effect of not restraining the loaded end of the gantry.  The gantry has deformed in a way that would not be possible if the full model were considered, as the gantry would not deflect downwards so significantly under a horizontal force. 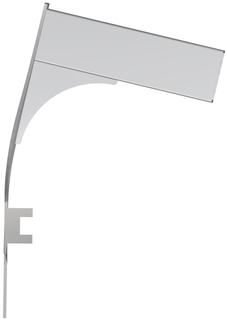 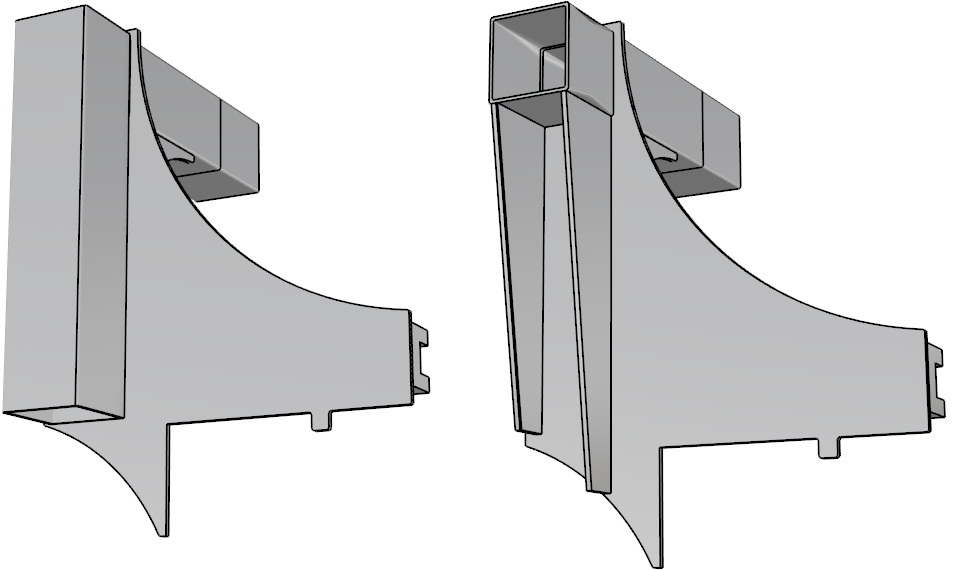 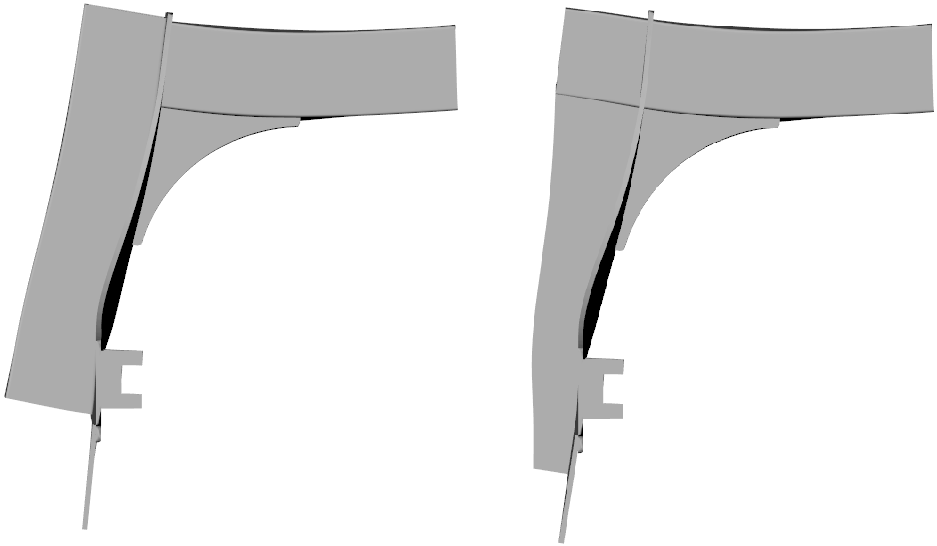 At this level of displacement, the bending of the gantry beam is noticeable compared to the bending of the plate.  This is in contrast to the first bending illustration, where the plate was bending much more than the gantry.  In addition, the rail mounts have begun to twist, which is just noticeable in the image showing the deflection of the gusset plate design.

The meshless advantage of Scan&Solve was particularly useful in enabling rapid analysis of design changes.  Being able to change a model and immediately run an analysis to measure its effect is an immense timesaver.

Thanks for reading!  If you have any questions, feel free to ask in the comments.