The object to be studied is a table saw with two wheels on one side of it.  To make it fully mobile, two additional caster mounted wheels will be added to the opposite side of the table saw (location circled in red below). 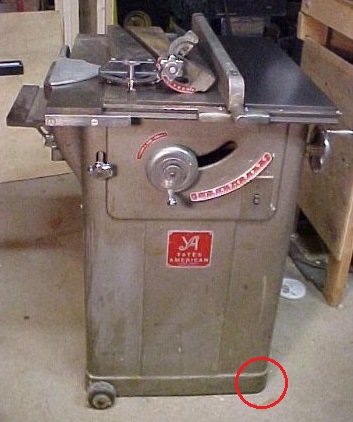 The corner of the table saw was modeled in Rhino.  It was then intersected with a sphere, producing the object shown.  This is to reduce the modeling size of the structure based on distance to the area of interest.  In addition, the sphere intersection produces a single surface in Rhino, so applying the restraints is simple. 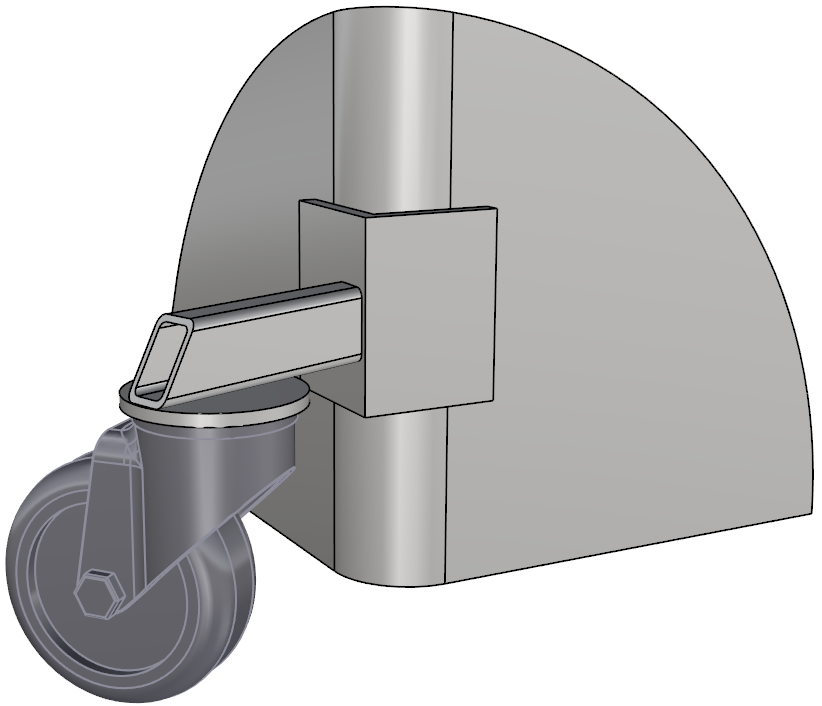 However, the wheel itself does not need to be simulated, since the deflection and stress in the mount are the most concerning. The 250 lb (1100 N) force will be applied to a small area on the caster mount, and the cut face of the model is fully restrained. 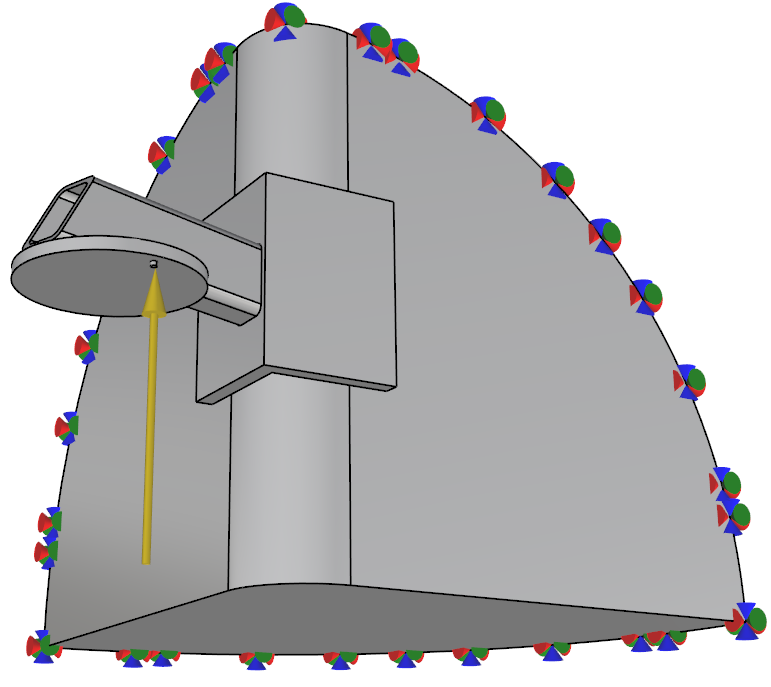 A small cylinder was created and positioned on the bottom face of the mount and the force was applied to this cylinder.  The small cylinder is positioned to correspond to the location of the contact patch of the wheel on the ground.  Use of the cylinder in this manner is similar to creating a point force.  With its location near the edge of the plate we should expect to see bending and twisting of the tube.  With the loads and restraints applied, the scenario was solved.  The Danger Level is shown below. 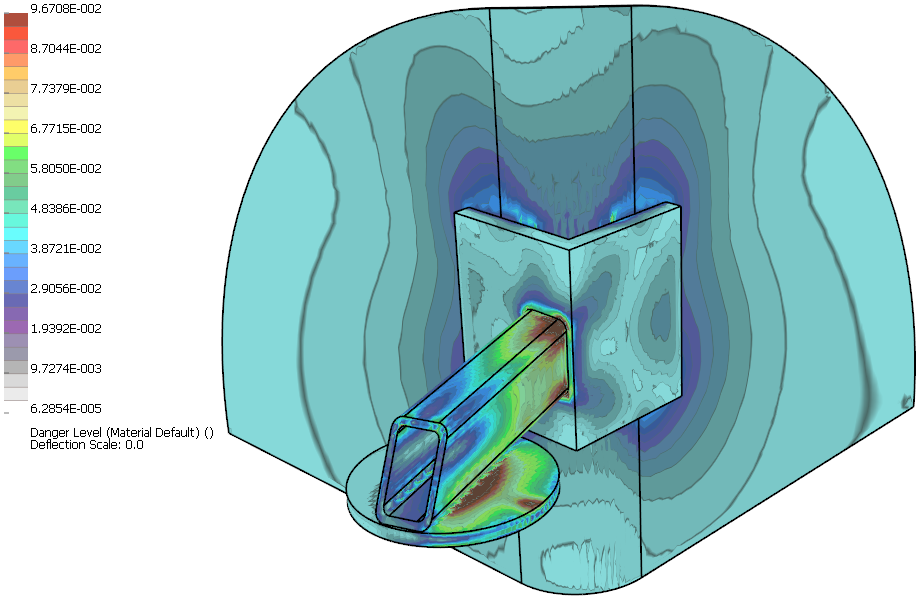 The stresses in the structure are quite low.  While there are some stress concentrations near the weld points, they are low enough to not be of concern.  The maximum Danger Level is 0.0967:  less than 10% of the material strength.  So, the mount will not fail under the specified force.  The magnified deflection of the structure is shown below; the original structure is shown in wireframe. 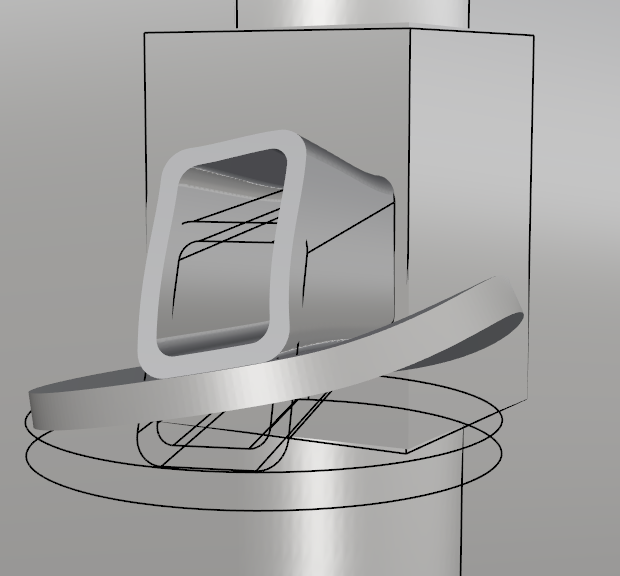 The shape of deflection is a combination of bending and twisting in the caster mount.  However, the maximum displacement in the mount is only 0.005 in (0.127 mm).  This deflection is quite low, so the mount should work effectively.

If you are interested in working with assemblies in Scan&Solve, the new Work-In-Progress version is available for download here.  All you need is a valid Scan&Solve license and you will be able to simulate composite assemblies and orthotropic materials.

As shown in the picture below, once constructed, the mount works quite well.  Thank you Will!