Liam,  the surprising part of your post is that you got the expected results with Algor -- unless you are using 1D beam elements as opposed to 3D solid elements.   The 1D beam model is only an idealization/simplification of the 3D elasticity model, as explained for example in this Wikipedia article.

One should NOT expect to get the identical answers with the full 3D model, because the 1D model  cannot account for many details that are not compatible  with the simplifying assumptions.   In particular, the 1D model cannot account for the Poisson effect. A real material will usually contract in a direction perpendicular to the main load.   But the "fixed restraint" on the face prevents such a contraction from taking place.   This results in stress concentrations  (infinite stresses)  at the corners.  In practice, we ignore these concentrations because we expect the material to yield a little in the corners to allow stresses to remain finite.   In this sense,  sharp corners are not physical,  and should always be blended.

For comparison,  the picture below shows the same model solved in Solidworks at a fairly high  resolution.  The results are very comparable to those computed by SnS.   The max Von Mises stress is at the corner:   SolidWorks: 8.07 MPa,  SnS @200K resolution: 10.9 MPa, SnS @100K resolution: 9.19 MPa.   You can also compare the 3D stress values to those predicted by the 1D model,  but you have to look in the right places (e.g. fixed end,  max distance from the neutral axis).  And of course, the displacements  are very accurate in either case. Hope this answers your question.

I read your discussion while testing a cross rail for a chair, which is not much more than a simple cantilever beam with an end load.

I'm using a steel with a tensile (yield) strength of 420MPA. End load 2520N. SNS reports Danger Level (von Mises) at 0.83 (389Mpa). Using classic algebraic formulas (loaded into Excel), the bending stress is reported as 429Mpa. The difference then is nominally around 10%, which is reasonable.

The displacement values I have tested similarly are within 6%. Moreoever, SNS simulations concur closely with post mortems of  failed products (usually the result of abuse of various sorts).

There has been one occassion where SNS has thrown a 'wild' value similar in magnitude to your example, where there was no change in cross section or anything of those sorts. It was, however, at the junction of two surfaces. I simply considered the value an anomaly and took several readings around that area, all of which were 'sensible'. I ran the simulation at three different resolutions to make sure.

I am certain you know a lot more about stress than I do. On the other hand, I am a fanatic for studying product failures and why they happen (and I've had two bike frames crack). My latest obsession is studying 'assembly' stresses. You see it often; the designer scratching his/her head because all the equations balanced for 'service loads' but there's an assembler in the background belting 5 shades of cr@p out of it to get it to fit. Designers spend too much time in CAD - the real world seldom works to 8 decimal places accuracy :-) Data sheets represent typical values. Materials can and do change from batch to batch. You learn those things the hard way when you're making and selling products in Africa (see pic below of competitor's chairs that are less than 6 months old!).

We are in the process of setting up a strain gauge gantry. That might be a good idea for your bike frames because you could glue the things on, take your prototype for a test ride, and compare what's going on real time with your FEA studies. 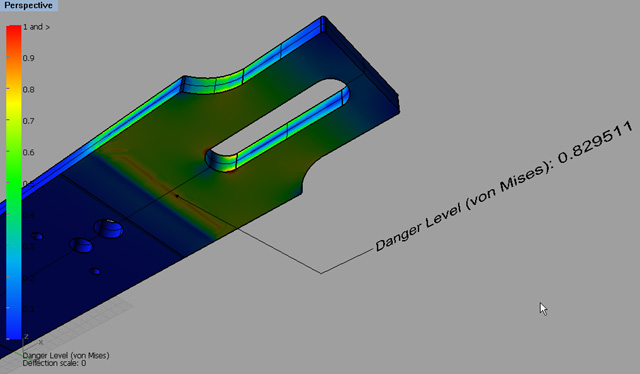 Looking at the hot spots at the edge of the slot - I doubt they would have a strong affect on actual failures but thanks Vadim for explaining why. Experience tells me failure is likely to occur close to the mounting point. 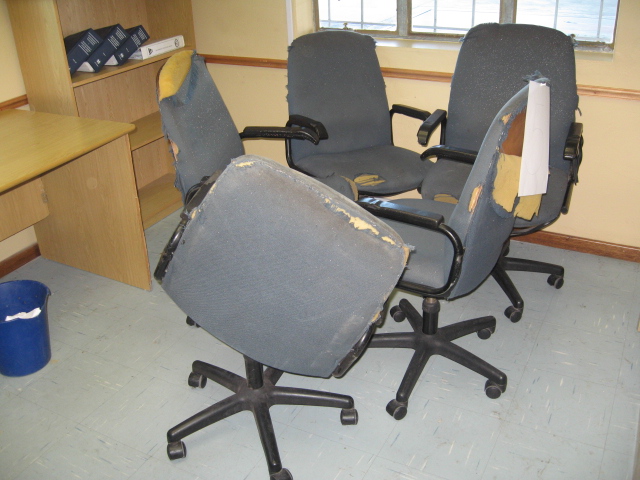 To illustrate my point in last response regarding assembly stresses. Designers cannot work in isolation (as they so often do) from the realities of a product's 'life cycle'.

SNS, and I suppose any analytical software, is a tool that helps enormously in understanding what is going on. We use SNS not only to design new products, but to analyse failed components. That analysis-reality experience makes SNS results easier to interpret.

Different mathematical models, attempting to describe the same thing, can yield dramatically different results (e.g. 20% or more depending on how many degrees of freedom are allowed). I suppose that is where the experience and discretion of the designer come into play. And why we use Factors of Safety!!! 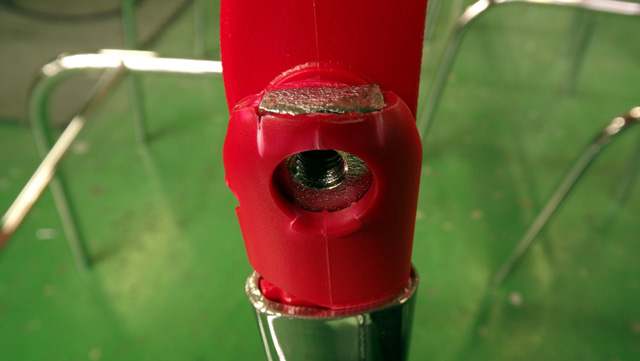