When designing a part, the process often starts by knowing why this part is needed and what it needs to accomplish. A designer uses these to create a part that will satisfy all these conditions. In a similar way to this, topology optimization software uses specified restraints, loads, and a goal to optimize the part by adding or removing material where it is necessary. This is beneficial because it can optimize a part in a much more advanced way than a person typically can. A simple version of this can also be done manually by running a simulation on a design and using the results to help detect where the design should be changed. By doing this only a few times, it is possible to dramatically improve the design and sometimes come very close to what a software would find as the optimized the design. The purpose of this experiment is to show that using Scan&Solve Pro along with Rhino can give the user the ability to optimize their design in a similar way to a topology optimization software.

In many cases, some aspects of a design need to be balanced to create the best part possible. These aspects can include weight and cost along with the displacement and safety factor when loaded. In this experiment, loading conditions for a bracket are simulated to find the optimal design by removing as much material as possible. The only limitations used here are to keep the danger level below 1 and the maximum displacement below 0.015 inches. This is because the bracket shouldn’t fail, and it shouldn’t deflect to the point that it isn’t functionable. In this case, four loading conditions from a previous GE design contest were used and they are shown in Figure 1 below along with the restraints that were used. 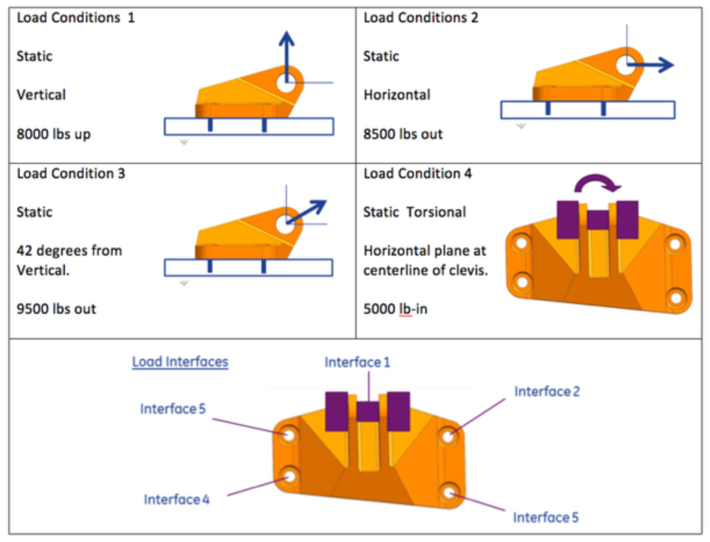 If the designer is starting from scratch, one way to optimize the design is to set up a bounding box to use as the first model with the restraint and loading surfaces in the model. For this starting model, the 4 simulations with different loading conditions gave similar results. Displaying the danger level on the model shows where material is not needed. These areas are located by the blue colored areas on the part because that is where the danger level is very low. Knowing this, the material that should be removed here is located mainly on the sides and the opposite side of the loaded hole across. These areas are circled in Figure 2 on the danger level diagrams. A simple way to remove material in Rhino is by using the Boolean and Trim features. By creating intersecting or overlapping solids, these features can be used to subtract shapes from a geometry. The first way that was used to remove material from the bracket is by creating a surface to trim the solid with. First, an outline was made on the top face on the block and then extruded to create a curved surface. Then, by using the trim feature, material can be removed as seen in Figure 3.

Figure 3. Trimming the Part. Three steps used to trim the part. Create an outline, create a surface, and trim the model with the surface.

Figure 4. Boolean Difference. The starting model, volumes to subtract off and the final edited model using the difference feature.

For the rest of the modeling, trimming was done with created surfaces. These operations can be seen in Figure 5 and Figure 6. Once this was completed another round of simulation was performed to see how the update part performed. The modeling for the rest of this experiment was done in a similar way.

Figure 5. Side Trimming. The surfaces created, and trimming done to the side of the bracket.

Figure 6. Front Trimming. The surface created to trim material from the front of the bracket. Figure 7. Steps to Remove Material. The four steps taken to remove material from the bracket.

Once material was removed from the desired locations, the new model was tested to see if too little or too much material was removed. The testing showed that more material could be removed because the values of the deflection and danger levels in Table 1 were lower than the maximum values allowed. Also, loading condition 4 showed very low displacement and danger level so it was ignored for analysis and simulations of future models.

Table 1. Simulation Results of Updated Model. Displacement and danger level for each loading condition for the new model after material was removed.

Figure 8. Danger Level Results. Shadings of the danger level values in the bracket under loading conditions 1, 2, and 3.

There are three main areas where the danger level is low for each of the three loading conditions in Figure 8. They are the areas in the bottom-center of the bracket, in between the restrained holes, and the corners around the hole that is loaded. These areas, circled in figure 8, were removed, hard edges were smoothed, and the design was retested.

Table 2. Simulation Results of 2nd Updated Model. Displacement and danger level for each loading condition for the new model after material was removed. 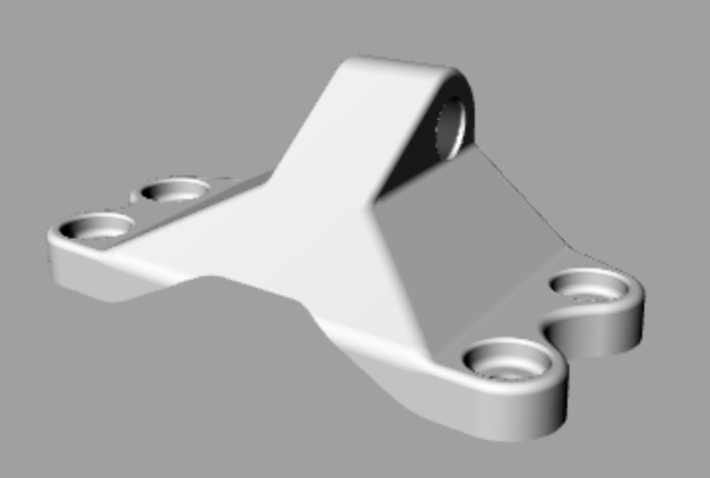 Figure 9. Final Model. The final updated model based on the previous simulation results.

In Table 2, we can see that the danger level for loading condition 1 is very close to 1. For the sake of this experiment, it is close enough to say that this model is generally close to being optimized. This model had a volume of 15in3 and the initial bounding box had a volume of 65.85in3 which means about 77% of the material was removed. This was all done between two iterations of the model with simulations.

3. Optimization with an Existing Model

This same procedure can be used if you already have a working model like the initial bracket GE gave for their design contest. The only other limitation that they had was that the final model must be fully contained inside the initial model. Again, simulations were done first to find out where material isn’t needed to optimize the design. 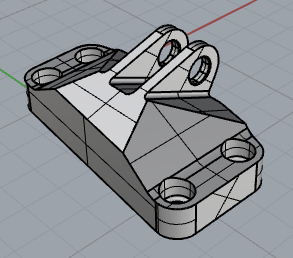 Figure 9. Initial Bracket. The initial bracket design given by GE for the design contest.

Table 3. Simulation Results of Updated Model. Displacement and danger level for each loading condition for the new model after material was removed.

Once again, it is visible that there is a lot of excess material at the bottom center of the bracket and material can be removed. Another location is the thickness of the bracket near the holes and there is far more stress by the back holes which means more material can be removed from the front than the back. These areas are circled in Figure 10 and are removed as shown in figure 11.

Figure 11. Updates to the Bracket Design. The steps taken to remove material from the bracket. Table 4. Simulation Results of 2nd Updated Model. Displacement and danger level for each loading condition for the new model after material was removed.

After updating the model and simulating all the loading conditions, the cross-section views show that the danger level is still very small in the bottom-center of the bracket. This area was removed all the way through, and the edges were smoothed before retesting. Table 5. Simulation Results of Updated Model. Displacement and danger level for each loading condition for the new model after material was removed.

In Table 5, we can see that the danger level for loading condition 1 is very close to 1 just like the first trial where the design started as a block. Once again, it is close enough to say that this model is generally close to being optimized. This model had a volume of 12.28in3 and the initial bracket was 28.27in3 which means about 57% of the material was removed. In both trails this was all done with two iterations of the model.

Manual topology optimization with Scan&Solve Pro and Rhino provide the ability to dramatically improve a design through simulation and modeling. Simple analysis and modeling methods make this process very simple and repeatable. In some cases, over half of the material from the model can be removed which could mean more money is saved in the process by only investing two or three design iterations.