My position as popular contributor appears to be slipping, I'd better give an example of how SnS helps solve real world problems...

We have a veneer cutting guillotine that is down. Not only are both arms (holding the blade assembly) broken (and inneffectively repaired) but also the joint/coupling that swings the blade. Note the original flywheel/motor drive has been replaced with hydraulics.

My job is to get it back up and running asap. Repeated attempts at welded repairs have failed and the RHS arm is practically crumbling. New ones will have to be fabricated but it would be silly to repeat the same mistakes. SnS to the rescue.

A baseline load was obtained (manually) calculating the max load on the smallest bearing, assuming we fitted it with 200MPa phosphor bronze. That figure was 24.3 (metric) tons. The intended replacements were tested with SnS. Good job, because despite using mild steel instead of cast iron, the simulated and actual failures are almost identical.

The result has been a complete redesign of the arms (profile sent for laser cutting). The coupling linkage requires more redesign. A preliminary recommendation is that the cutting load be halved. Once the replacements are fitted, we'll glue some strain gauges on at critical zones and refine the loading shedule.

I don't want to improve strength too much because that will simply mean the next weakest component fails. The fasteners on the coupling will be used as a safety limit. Easy to replace and if they fail, the machine is being overloaded.

You don't have to be designing the next Boeing to warrant stress analysis. Industry is littered with (expensive) structural problems. They're generally not as safety/mass critical either, so  even if you're not a stress guru, a little bit of over-engineering doesn't harm. The results are dramatically better than ignoring FEA. Vadim's list of reading makes for an interesting journey.

SnS is so fluid within Rhino that you can literally test as you design. I've just move to a company that uses SolidWorks and they can't believe what I'm doing, and how quickly, in Rhino. It has paid for itself hundreds if not thousands of times over.

I will add a follow up article once we're back up & running. 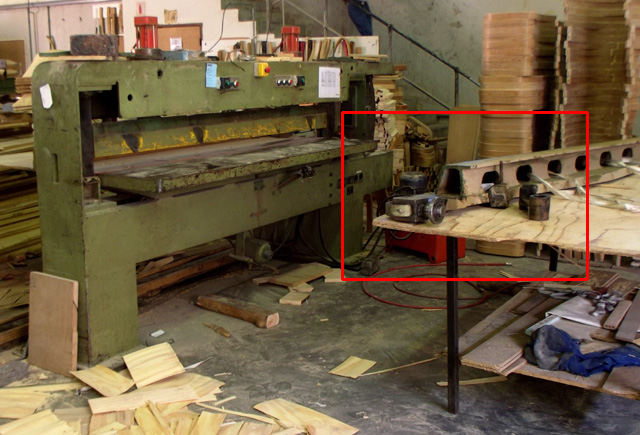 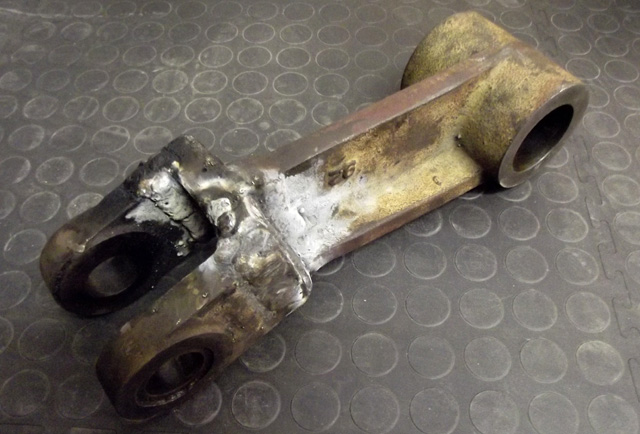 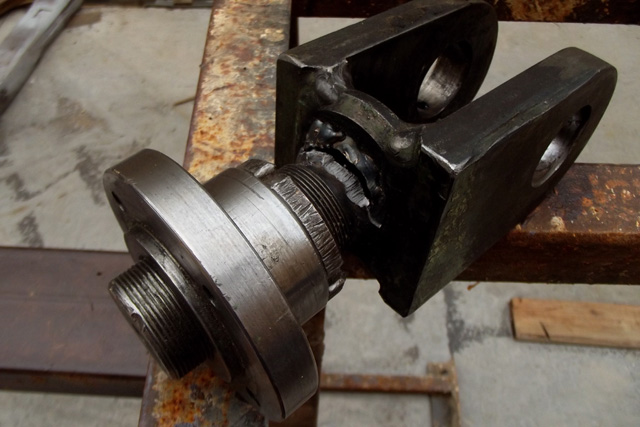 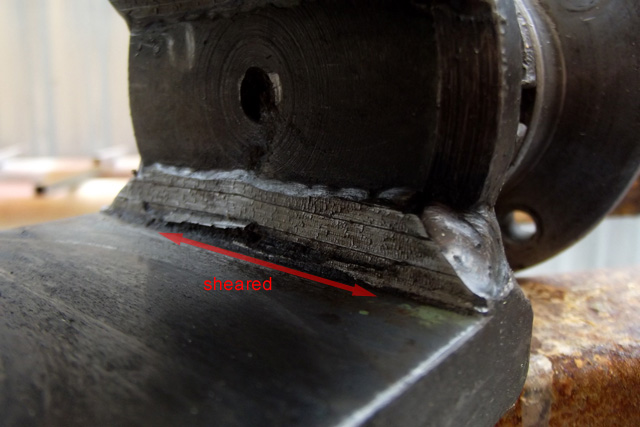 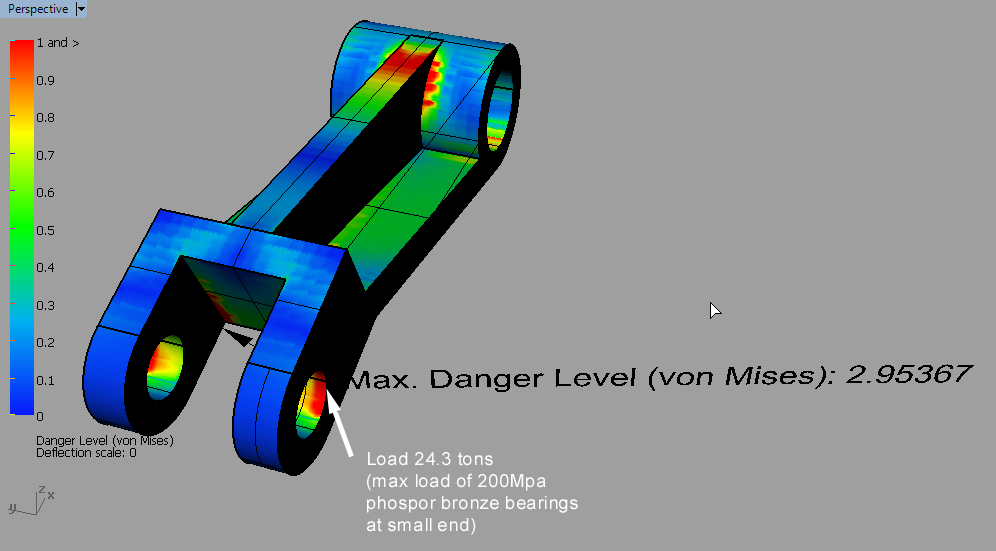 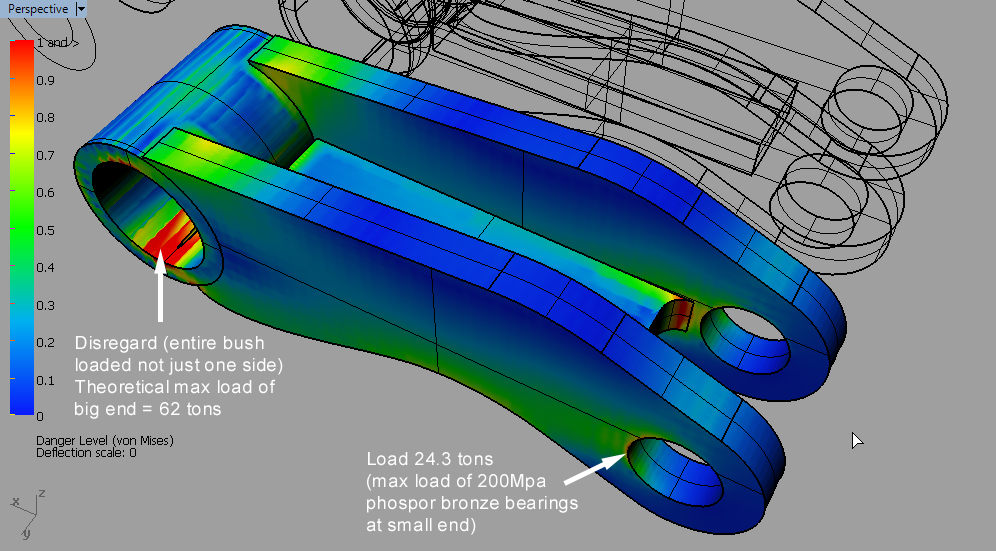 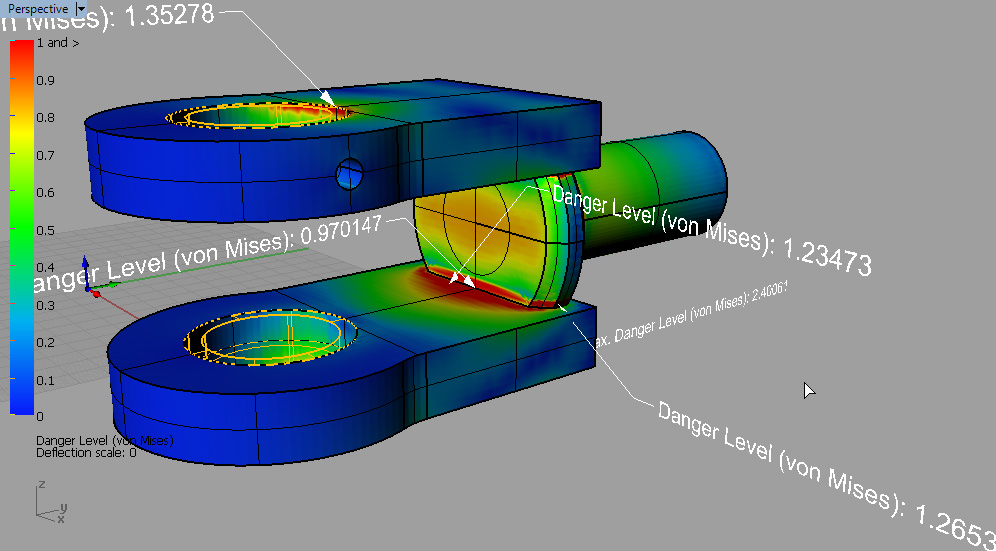 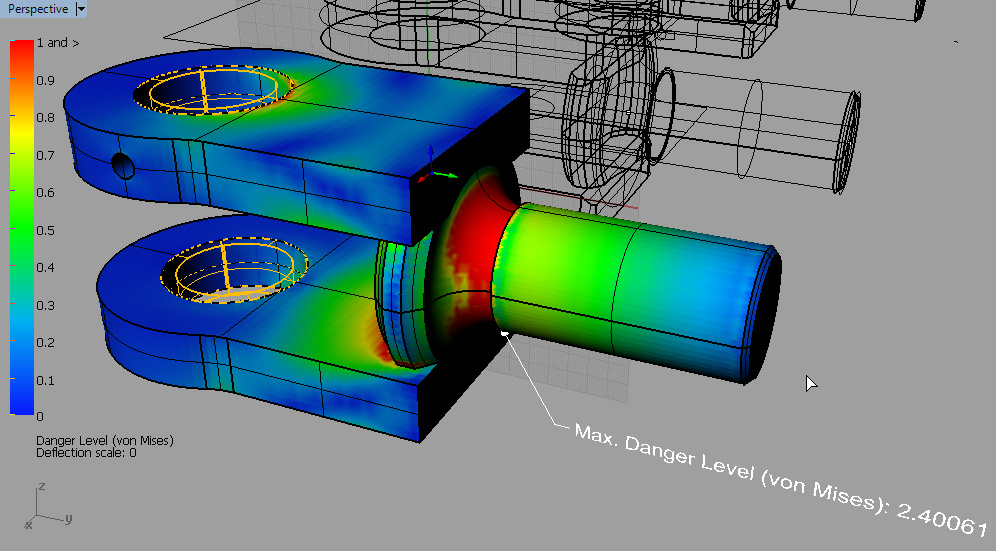