Two important classes of materials available in Scan&Solve are ductile and brittle materials.  Ductile materials tend to yield before breaking, while brittle materials often fail suddenly without significant deformation.  If a material has yielded, it has permanently deformed in some way.  Most alloys of unhardened steel are ductile, while concrete and ceramic are brittle.

These two materials were tested to failure in tension.  The material on the

left is a ductile material, while the material on the right is a brittle material.

In the above image, the ductile material on the left can be seen to have deformed (its diameter decreased significantly) before it finally fractured.  The brittle material on the right fractured without visible yielding.  The stress at which permanent deformation occurs is known as the yield strength. The maximum stress that a material can withstand without fracturing is known as the ultimate strength.

Scan&Solve predicts material failure using the Danger Level.  A Danger Level greater than one indicates potential material failure.  For ductile materials, yield strength is the defining characteristic of the Danger Level since most components are designed to retain their shape while in use.  If a component has deformed permanently (yielded) it might no longer be the correct shape, or worse, it might not be structurally sound.

The ultimate strength is used when calculating Danger Level for brittle materials, as they fracture without yielding.  Failure of a brittle component occurs suddenly through fracture.  When displaying Danger Level in Scan&Solve, values shown in red indicate a potential location of material failure, as seen in the following model of a connecting rod.

However, the von Mises criterion cannot accurately predict failure of brittle materials.  This is because the ultimate strength may change based on whether the strength test was performed in tension or compression. An extreme example is dirt:  it can support compressive loading, but its tensile strength is essentially zero because dirt will fall apart if pulled on. The Coulomb-Mohr, Modified-Mohr, and Rankine criteria consider the difference in tensile and compressive strength of a material. 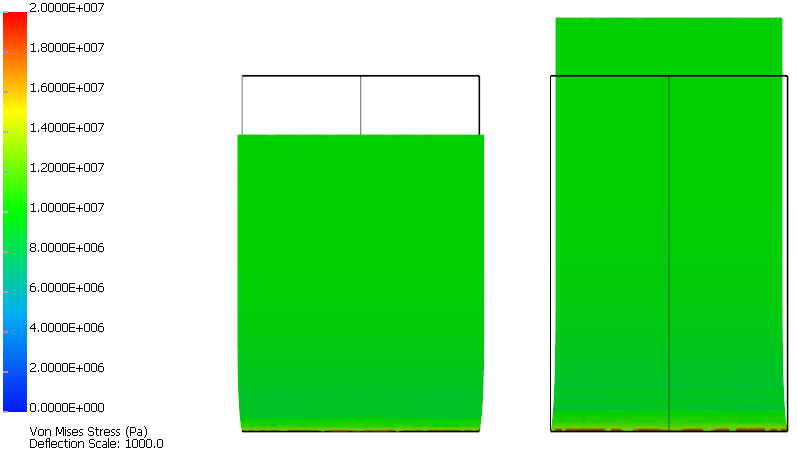 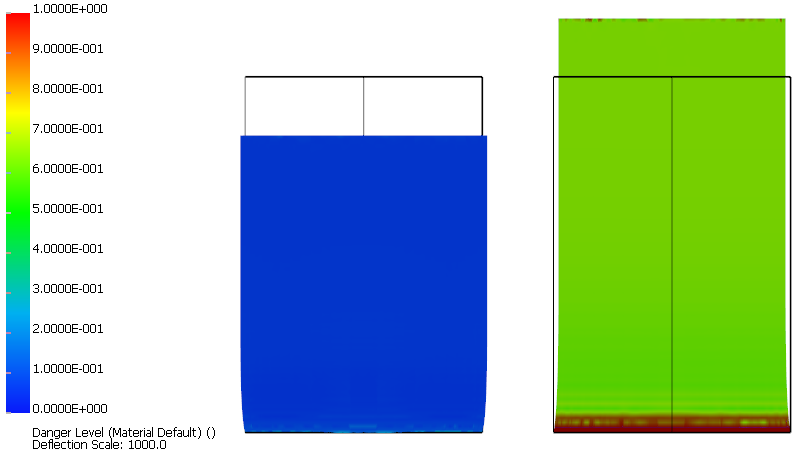 Try it with this model!  Look at von Mises stress and Coulomb-Mohr Danger Level with the advanced mode. 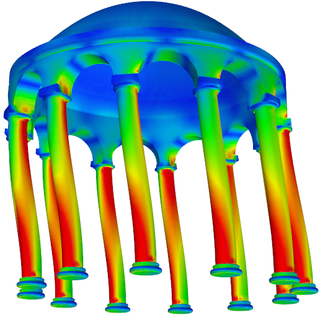 Download the model here!  Use the advanced mode to change the displayed values. 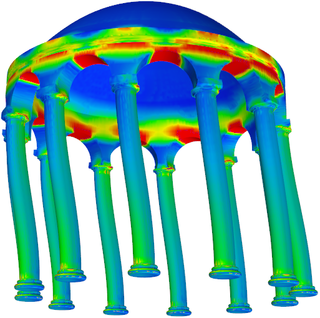 The areas with high Danger Level shown under the Coulomb-Mohr criterion correspond to the areas of the structure that are primarily in tension.  This can be confirmed by looking at the maximum principal stress in the structure, which are the areas under the largest tensile loading. 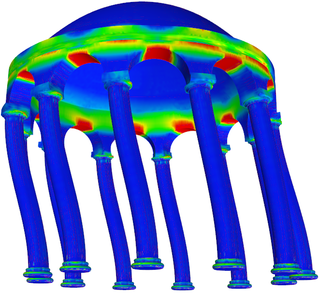 As expected, the areas with the highest tensile stress are the same areas with high Danger Level.  This is because marble has a significantly smaller tensile strength compared to its compressive strength.  The Rankine and Modified Mohr criteria show similar results.

When calculating Danger Level, Scan&Solve will automatically select a failure criterion appropriate for the material being analyzed.  However, multiple options are available and can be manually selected.  For ductile materials, the von Mises and maximum shear stress criteria are available.  For brittle materials, the Coulomb-Mohr, Modified Mohr, and Rankine criteria are able to be used.

Thanks for reading!  Feel free to ask questions in the comments,