So, how are stress and strain connected?  For isotropic materials, such as most metals, there are two values that relate values of stress and strain and fully describe a material's behavior when forces are applied.  These are the elastic modulus and Poisson's ratio. 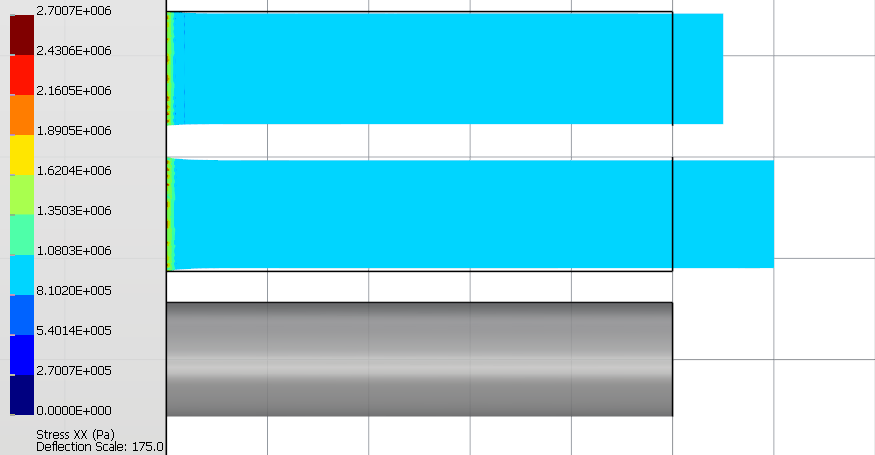 Try it here!  Run SnS on both cylinders: ElasticModulusCylinders.3dm

Another way a material can deform is through the Poisson effect.  Whenever a material is strained in one direction the material will shrink or expand in orthogonal directions. The Poisson effect can be observed by stretching a rubber band.  The rubber will extend in the direction it is pulled, but will also get thinner and narrower. 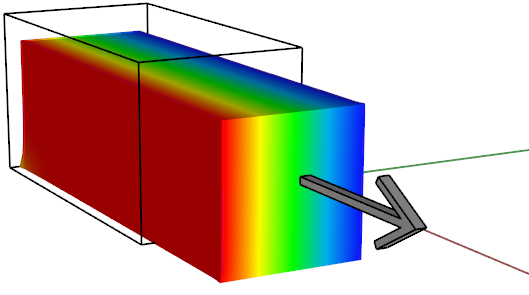 Run SnS and look at the Y-direction deformation: PoissonBeam.3dm

The Poisson ratio describes the behavior of the Poisson effect.  For a given stress pulling on an object, a small Poisson ratio will cause less contraction while a large Poisson ratio indicates the material will contract significantly.  The effect of Poisson’s ratio on the contraction in the orthogonal directions is shown below.  Both blocks have an identical stress applied in the vertical direction.

Try this simulation with the custom materials provided.  Poisson1 is the low ratio material and Poisson2

is the high ratio material: Cork&Rubber.3dm

The expansion or contraction due to the Poisson effect also causes stress within a material.  This stress can be significant near restrained areas of models.  In the following example, the blue area of the block has been restrained.  The block is being pushed on its end, and is contracting in the same direction while expanding in the orthogonal directions. Run SnS on this model and see the large stress at the restraint boundary:  PoissonRestrained.3dm

As long as the material is not yielding, the elastic modulus and Poisson ratio are all that is needed to analyze material behavior under load.  For Scan&Solve's default materials, the elastic modulus and Poisson ratio can be seen in the custom material interface. These two material parameters play an important role in material selection for designs, particularly when the deflections are to be minimized.

Thanks again for reading,